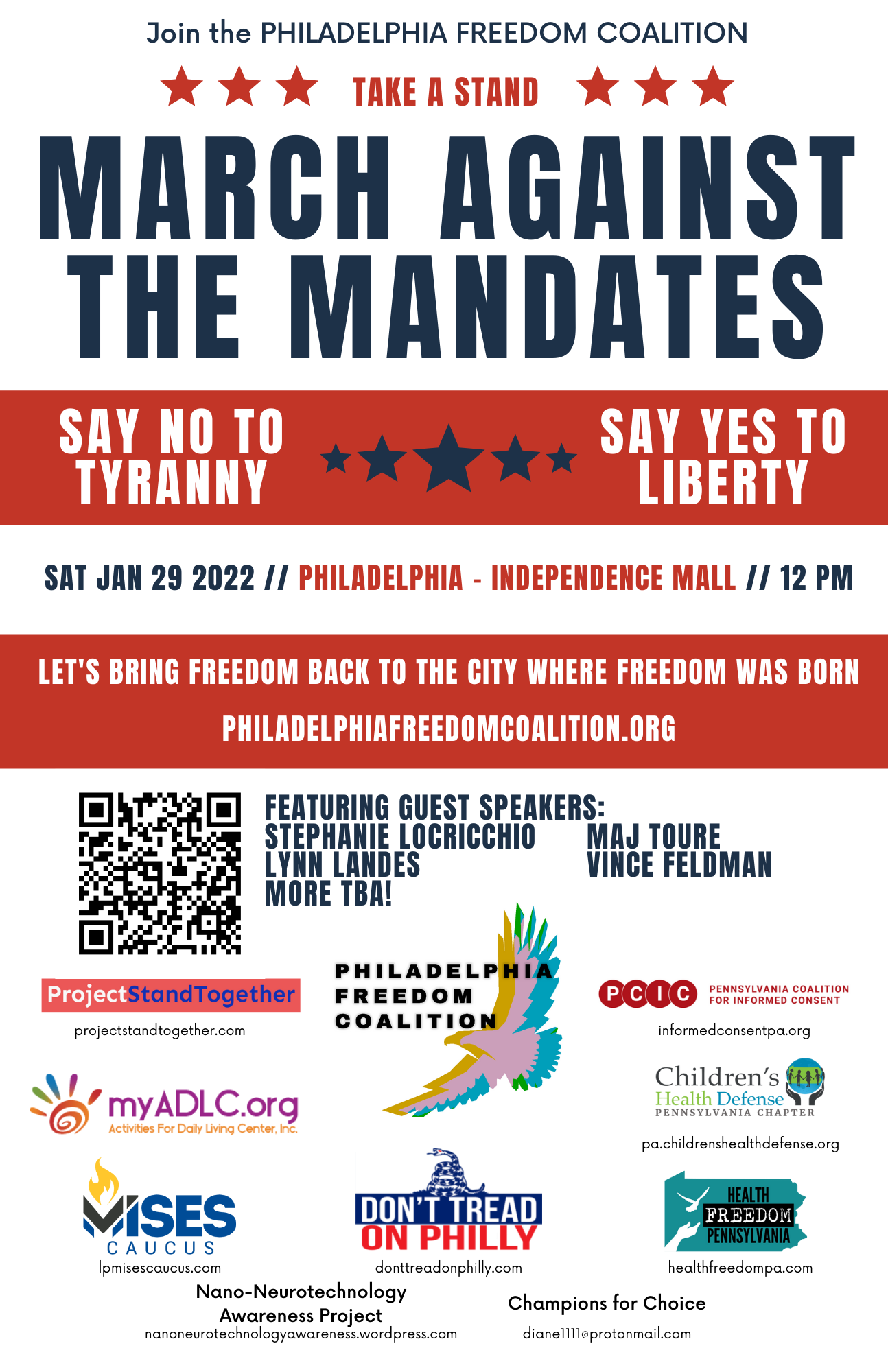 We as members of the Philadelphia Freedom Coalition invite you to join us in a rally with great speakers and like-minded individuals from across the city and state in order to take a stand for freedom and against unconstitutional mandates - In the great city of Philadelphia-where freedom in America was born!
If you are within driving distance and are ready to do something about the creeping tyranny that is being implemented by the City of Philadelphia against citizens exercising their constitutional rights to medical choice, we need you to join us at Independence Mall! PHILADELPHIA AND SURROUNDING AREAS WE NEED YOU TO SHOW UP! Let’s work together to stop the spread of government overreach before it infects the rest of the state! We’re asking everyone who can support this cause to stand up and march with us. We know that when one city falls to tyranny, it puts other cities at risk. Children's Health Defense PA is partnering with several organizations across the commonwealth as a Philadelphia Freedom Coalition. Together we are supporting and will be participating in Don’t Tread on Philly’s March Against The Mandates in Philadelphia on January 29th. We encourage you to be there at 12pm in order to peacefully assemble and take a stand against mandates. We will rally against the city’s requirements for employees and patrons of indoor establishments that sell food or drink to show proof of vaccination. There will be a variety of speakers and hot drinks. More details here https://pa.childrenshealthdefense.org/pa-legal-updates/march-and-rally-against-the-mandates/

For your favorite
shows.

You make the
difference.

Children's Health Defense® is a 501(c)(3) non-profit organization. Its mission is to end childhood health epidemics by working aggressively to eliminate harmful exposures, hold those responsible accountable, and to establish safeguards to prevent future harm.